The Safer Future Youth Development Programme was first conceived as a youth initiative project between Sierra Leoneans and Austrians. Leading to the formation of SFYDP were Idriss S. Kamara (Executive Director) and Martin Strele (Overseas Coordinator, Advisor). The SFYDP was specifically established to cater for the unemployed, illiterate young people who out of frustration are engage in crime. SFYDP provides free education to these impoverished youths, thus breaking the cycle of illiteracy and poverty, establishing an opportunity for real and sustainable change within communities. 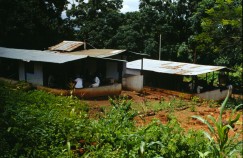 SFYDP has contributed immensely in the development of rural communities through the provision of water supply and electricity. This has been made possible due to the many committed volunteers who have dedicated their time, expertise and enthusiasm to the vision of the founders. 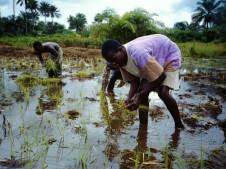 1994
– Safer Future acquired a thirty-one (31) acre farm land    located in Nyangbatown, Koya Rural District (off Waterloo). This has enabled the practical training for students pursuing agricultural studies with our training institute. The produce is sold for the continuity of the training.

The prize money was used to construct an additional building in which the administrative office, a computer lab and two other classrooms are located. The money was also used for the introduction of a Mobile Skills Training for Rural Communities, with the villages of Kontaline, Moyaebana, and Moyaewa in the Bonthe District beneficiaries of training in soap making and Gara Tye Dye.

2003-2004
Two staff of Safer Future under sponsored by the Sunshine Fellowship Austria, were trained in Solar Engineering and Rooftop Rainwater Harvesting at the Barefoot College, India.

These trained Solar Technicians on their return demonstrated their skills by installing Solar home light systems with lanterns in twenty (20) rural community houses and constructed two (2) Underground Rainwater Harvesting Tanks each with a capacity of 100,000 litres at the Faith In Christ Primary School and Safer Future Vocational Training Institute to serve students and neighbors during the dry season in the absence of pipe borne water supply.

Life Water International provide training for staff of Safer Future in Water and sanitation, covering the construction of Hand-dug wells, installation and maintenance of hand pumps, and the promotion of hygiene and sanitation.

2006
A pilot project of Hand pump rehabilitation at the Ahmadiyya Primary School in Malaisoko, Koya Rural District, was realized through sponsorship from Blue Planet Run Foundation.

SFYDP has been working assiduously in partnership with partners in the successful implementation of Projects that contribute to the improvement of the rural poor in Sierra Leone.

In 2006/07, SFYDP organized a training on solar and electronics for 10 under-served and under privileged boys in rural communities at its Agric Centre in Nyangba Town, Koya rural District through funds provided by War Child, Sunshine Fellowship in Austria and SFYDP in Sierra Leone

In 2007, through funds provided by UNICEF, SFYDP was able to train 26 DHMT staff on Installation, maintenance and repairs of Dulas VC 150 and VC 65 for 3 months and 710 other Health workers in the daily use and simple maintenance of Dulas VC 65 fridges

In 2008/09 SFYDP successfully completed the implementation of Water, Sanitation and Hygiene(WASH) Project in 100 Communities in the Port Loko and Moyamba Districts respectively through funds provided by UNICEF.

In 2008, with funds from peer water by then, now Blue Planet Network repaired and maintenance wells in 30 communities in the Koya Chiefdom, Port Loko District

In 2008, through funds provided by UNICEF, SFYDP implemented ”support to enhance cold chain and vaccine management for child survival and safe motherhood” Project in the country

Also, SFYDP successfully implemented the community capacity building project which provided training and start-up kits for over 20 members of the Makarey community and a solar charging station with solar lantern for each household through funds provided by Hildegard Breiner in Austria

In 2009, SFYDP implemented a Project funded by EAWAG/SANDEC in Switzerland on household water implementation and formation of health clubs in schools to enhance solar water Disinfection (SODIS) and proper hygiene promotion in Sierra Leone

In 2010, SFYDP implemented the SODIS technology for 10,000 beneficiaries in the Western Area and Koya rural through funds provided by EAWAC/SANDEC in Switzerland

In 2010/11UNICEF funded SFYDP in the implementation of increasing access to safe water, sanitation and hygiene improvement in 150 communities in 3 districts (Port Loko, Moyamba and Bombali) districts and provision of support to solar vaccine fridges’ evaluation and refresher training in 13 districts

2012-During the outbreak of  cholera in the country, SFYDP installed solar powered water supply systems in Moribaya community where the incidence of cholera was reported. The project was funded by UNICEF.

In 2014 during the Ebola outbreak, SFYDP constructed and installed a motorized water supply system at the Newton Ebola Holding Centre. The project was funded by Concern Worldwide

With funds provided by Concern Worldwide, SFYDP supplied and installed solar power lighting systems at the Mabang and Mathoir Peripheral Health Units in Mabang and Yoni chiefdoms in Tonkolili district,

2014- With funds provided by UNICEF, SFYDP during the outbreak of the Ebola virus in the country constructed community care centres in Masongbo in the Makarie Gbanti chiefom, Bombali district and Gandorhun, Gbane chiefdom in the Kono district

In 2015,SFYDP with funds provided by UNICEF, rehabilitated a Community Care Centre(CCC) in Kambia at the outbreak of  Ebola in the country,

2015- In combating the Ebola virus in the country, World Health Organisation(WHO) funded SFYDP in the Mass erection and installation of solar Photo voltaic systems for trial vaccine fridges in the Western Area, Port Loko,Bombali and Tonkolili districts.

The Safer Future Youth Development Programme (SFYDP) is a registered non-profit, non-governmental, interdenominational, local Organisation geared towards improving the lives of young people. The SFYDP was formed due to the poor quality of  living standards that even led to a decade long war. The ideology of this Project is to improve the lives of marginalised and deprived youths by providing free education in different technical and vocational skills. This training enables students to provide for themselves, while helping to reconstruct the poor economy and social conditions. Furthermore, the SFYDP strives to develop and maintain infrastructure in rural and remote areas by introducing alternate energy sources, mainly solar energy, providing life-skills training in secluded communities and improving the water situation by implementing rainwater harvesting systems, constructing and repairing water wells.

SFYDP work with the Ministries of Youths; Education, Science and Technology, Finance and Economic Development and is a registered member of the Sierra Leone Association of Non-Governmental Organizations (SLANGO) and Sierra Leone Farmers Association.

Its membership is open to any individual or group wishing to assist in the empowerment of young people in rural communities, especially through training programmes on self reliance, sustainability and dependability.

SFYDP aims at improving the lives of marginalized and deprived youths through the provision of free training in different technical and vocational skills to enable young people acquire the appropriate skills to become self-reliant and sustainable.

Furthermore, SFYDP strives to develop and maintain the infrastructures in rural and remote areas through introducing alternative energy sources, mainly solar energy; providing life skills training and improving the water situation through the implementation of rainwater harvesting systems, constructing and repairing of water wells. Community sensitization is key to the implementation of such projects so that they can be accepted and managed properly. 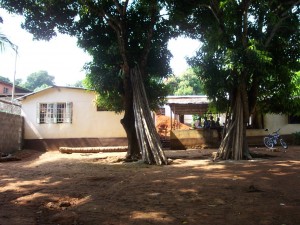 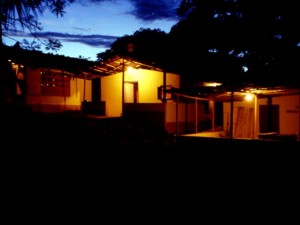 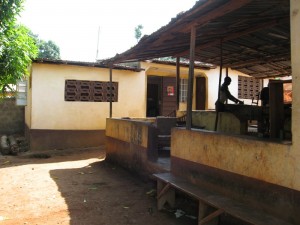 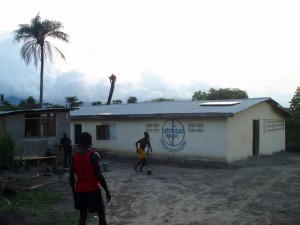 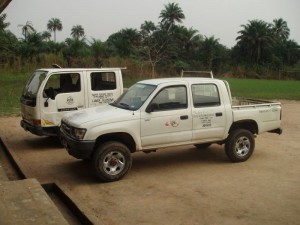